The right approach to negating Islamophobia 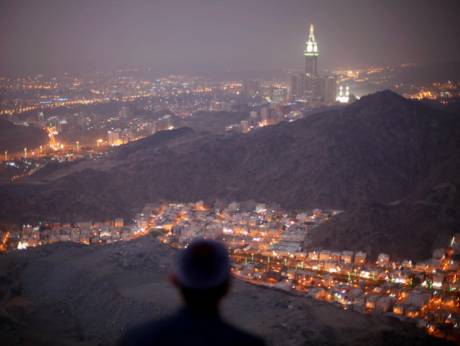 Muslims should ferret out the radical elements within their own community and set the message straight: That Islam is all about tolerance.

By Tariq A. Al Maeena, Special to Gulf News.

The vast majority of Muslims, the silent majority so to speak, goes about its daily business, practising its faith and doing its daily chores in a peaceful manner. Be it earning a living, studying in school, raising a family, or tending to the sick. The immediate concerns are no different from those of the other people.

However, this block of people is being collectively and unfairly maligned at the drop of a hat, whenever an incident of terror occurs in any corner of the globe, with even the faintest hint of affiliation to their religion or beliefs. The media frenzy that follows thrusts this silent people into a dark corner of fear and isolation, leading to the rise of Islamophobia.

Muslims can no longer afford to remain silent today. They must correct this misconception and do it fast. And as millions of Muslims from across the globe gather in Makkah for the annual Haj pilgrimage, it is perhaps time to reflect on their survival. The pilgrimage will soon be over, and many will begin their journey back home soon. The pilgrims understand that the sacrament that they had set upon was not simply one of donning an Ihram (plain white and unsown pieces of cloth for men) and perfunctorily going through the motions.

Diehard Islamophobic groups or individuals are perhaps unaware of and ignorant about what these pilgrims go through. These Muslims have not gathered in Makkah to declare war on anyone. They have not come with the aim of recruiting forces to spread terrorism. There are no sermons exhorting people to resort to violence and mayhem against the rest of mankind. Instead, it is a peaceful, personal journey for one and all, a journey whose foundation is built on harmony and acceptance of all of God’s creations.

Haj, in its most basic meaning, translates as an act “to continuously strive to reach one’s goal”. It is the last of the five pillars of Islam. We were all nations of different colours and races, believing in one God and one humanity. While all the great religions state that humans are more than mere physical creatures in that they possess an essence beyond the material world, in Islam, Haj summarises the spiritual journey towards the essence of this belief. Haj is unquestionably the most demanding of all Islamic rituals, and the Prophet (PBUH) said: “Whoever performs Haj to this house — Ka’bah — and does not commit any obscenity and wrongdoing, he, or she, will come out as the day he, or she, was born — pure and free from sins.”

During these days of worship, pilgrims seized the opportunity to correct their faults, to sincerely atone for their worldly sins and make up for any shortcomings or wrongdoings of their past. Deeply engrossed in prayers, the pilgrims pray for Allah’s mercy. The conglomeration of millions of Muslims rises above geographical, linguistic, cultural, ethnic, economic and social barriers, converging at Makkah as a tribute to the universality of Hajj itself.

An Islamic scholar, in describing the experiences of Haj, said: “Imagine yourself stepping on the same land where Prophet Mohammad (PBUH) had stepped and going through the [same] valleys and mountains wherein he used to receive divine revelation. It gives you another perspective on how much he and his companions did suffer in order to get this message communicated to us in its most perfect and purest form.”

The rigours that pilgrims face are not simply mindless exercises prescribed in textbooks for them to be blindly followed, and then carried home as a memento of ‘being there’. The gathering of such a large and diverse group of Muslims is to strengthen and renew bonds across many borders and diversities.

In his last Haj sermon, the Prophet (PBUH) had advised those present to convey the meaning and message of the rituals they had just performed to those who were absent from the great assembly. Thus, a pilgrim’s journey does not end simply with the termination of the rituals that he or she completes. Pilgrims must carry the message and practice of peace back to their homelands, for Islam is all about tolerance.

It is crucial in today’s times that the real meaning of Islam is promoted far and wide by returning pilgrims and especially to people of other faiths. But before that, Muslims should ferret out the radical elements within their community and set the message straight: Islam is not about violence and mayhem and will not be condoned or pardoned!

Islam has taken an unfair pasting in much of the non-Islamic media thanks to the vicious and depraved acts of a handful of thugs and terrorists pretending to be Islamic and going about killing and blowing up people. This has to stop.

I urge all pilgrims to dedicate themselves to rout the rogue elements from within their communities. We Muslims have to clean up our own homes before asking others to do the same.

Tariq A. Al Maeena is a Saudi socio-political commentator. He lives in Jeddah. You can follow him on Twitter: @talmaeena.