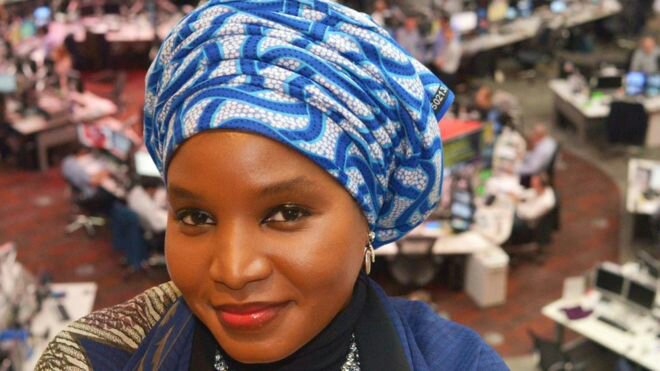 A Nigerian news reporter has won the third BBC World News Komla Dumor Award in recognition of her special reports on high-profile news stories, including the Boko Haram insurgency.

“I was overwhelmed with joy. Storytellers have always had an important role in Africa… this is what defines us,” Amina Yuguda, a news presenter on local network Gotel Television, told BBC on Tuesday, September 19.

“Today journalists are taking on that responsibility.”

Yuguda will start a three-month placement at the BBC in London in September.

The award was created to honor Komla Dumor, a presenter for BBC World News, who died suddenly aged 41 in 2014.

Saying her win was a “huge honor”, Yuguda is excited to work at the BBC.

“With little or no formal education, my countrymen can hold their own on a variety of topics, including the Trump presidency in America, North Korea’s defiance, Russia’s foreign relations under Putin, and more.”

“To find someone who possesses many of Komla’s qualities is something for us to celebrate, and we are very excited about working with Amina.”

Earlier this month, Zannah Mustapha, a Nigerian Muslim teacher, won this year’s prestigious UNHCR Nansen Refugee Award in recognition of his efforts to teach orphans of both Islamic fighters and Nigerian army soldiers.