Pastor Ajisafe on the lines of destroying peaceful co-existence of religion in Sierra Leone. 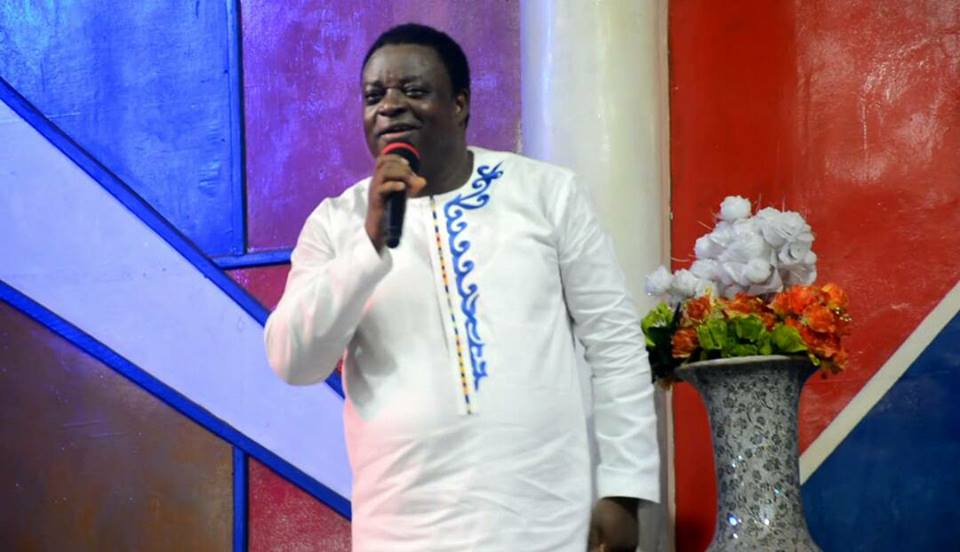 Nigerian born evangelist in Sierra Leone, Pastor Victor Ajisafe founder of Sanctuary Praise Church in Sierra Leone issued verbally (with evidence of both audio and video) strong lies and abusive statements against Mufti Ismail Menk (a renowned Islamic Scholar who is known and recognised globally for his wonderful and peaceful religious preachings that mainly focusses on unity, love and justice) who visited Sierra Leone on the 21st of September 2017 on a divine inspiration tour.

His presence to Sierra Leone was indeed a blessing as over 50 thousands of both Muslims and non-Muslims attended his first public lecture at the Siaka stevens national stadium on the 22nd September 2017. He preached about peace, unity, love and to only worship Allah and not him as he is just like all of us. In his talks, he also made mention of Jesus (peace be upon him) as a prophet whom every Muslim should believe in to become or declare oneself as a Muslim.

It is believed and have been confirmed that the Pastor made such a derogatory statements about the noble Mufti and also Islam to the extent of calling him a liar and a deceptor, and accusing Islam as a religion spread by the sword and Muslims as terrorists, etc.

His hatred speeches goes to the extent of accusing the late President Kabbah of the republic of Sierra Leone as using the backdoor to join OIC which is not true as evidence here from the Organization of Islamic Cooperation website dates back during Siaka Stevens era (http://oicun.org/3/28).

From his speech, he also accused the Mufti of saying ‘Sierra Leone is an Islamic state’ which is totally and outrightly a big blasphemous and propaganda words against the Mufti and the people of Sierra Leone. He never mentioned such and he was only here to preach peace and coexistence among each other, nothing else.

Muslims and Christians using the social media have also displayed their total disappointment and unhappiness from the move of this so called “Man of god” who has clearly shown he has no love for the peace existing in this country.

Religious leaders from the Muslim community have also given their advice and views on this matter and indeed it is a sign of victory for those who know and comprehend. However, they strongly advise everyone to be calm and wait for the right decision to be made by the higher authorities in our beloved country.

What Victor Ajisafe has done can alone bring war into certain countries, bringing rage and anger in a country where 70%+ of it population is made up of Muslims should really be a great concern for the country as a whole and we hope and pray to Allah nothing happens to our beloved country and we also kindly advise every Sierra Leonean or non to always remain peaceful,loving.

Sources claimed to have come from the Ministry of Social welfare says that:

An emergency meeting was summoned this morning by government so as to dialogue with the executives of Inter-Religious council of Sierra Leone (IRCSL). Representatives from the Sierra Leone police and the Office of National Security (ONS) were invited to the meeting as well.

At the meeting chaired by honourable Minister Dr. Sylvia Blyden, Christian leaders in Sierra Leone through the ‘Body of Christ’ and the council of churches in Sierra Leone (CCSL) have all come out to strongly to disassociate themselves from the religious intolerance statements of incitement by Victor Ajisafe.

Secretary general of IRCSL, Revd. Dr Usman Jesse Fornah, said: “We have enjoyed peaceful co-existence with Muslims and we want it to continue”.

Muslim leaders at the meeting have highlighted that Islam stands for peace and no true Muslim should react violently to provocation.

According to the president of Inter-Religious council, Sheikh Abu-Bakar Conteh: “Sierra Leoneans met christians and Muslims in religious tolerance when we were born and we will not allow those credentials to be dented.

According to sources, pastor Victor Ajisafe is currently being held by the Sierra Leone police for questioning and also for his own protection.

Honourable Minister of Social welfare, Gender and Children’s affairs has with immediate effect temporarily suspended operations of a church registered in Sierra Leone by Mr. Ajisafe under a name of: CHRIST REVIVAL EVANGELISTIC MINISTRIES (aka SANCTUARY PRAISE CHURCH).

This suspension by the Minister, covers all branches of the said church at lungi, kenema and four locations within the western area. This temporary suspension will stay in place until the criminal investigations department of Sierra Leone police concludes ongoing investigations.

Government continues to call for calm and restraint from all whom might be affected by the current situation. Regional and district social services officers, in collaboration with police and security agencies are continuing to engage religious leaders around Sierra Leone.

The public will be updated with more information as and when necessary.

(An excerpt statement from the Director of Social Welfare)

We will leave you with this latest quote Mufti Menk a hour ago on his facebook page and also a quote he made when he was at the national stadium just few days back.

“If someone says or does something that upsets you, don’t take it to heart. It’s not easy but it’s for your own peace of mind. Just forgive.”

“In the midst of this very large crowd even seeing people climbing top of the pole to see me. I see myself as just one Man, I see myself no better than you, I am a servant of the most merciful just like you.

I want to make something clear to you. As excited as you are to be here, let it be focussed to the most high, let it be for Allah. I myself can’t give you anything. Let worship our lord and obey His commands.”

Evidences of Ajisafe’s derogatory statement below

1. Ajisafe’s Blaspheming Islam and Mufti Menk (after his visit to Sierra Leone)-Audio Format.

2. Ajisafe’s Blaspheming Islam and Mufti Menk (after his visit to Sierra Leone)-Video Format.

3. Message from a Muslim religious leader to everyone concerned.

4. Important messages from other concerned.

PRESS RELEASE FROM THE GOVERNMENT

Read about the biography of Mufti Ismail Menk here

4 thoughts on “Pastor Ajisafe on the lines of destroying peaceful co-existence of religion in Sierra Leone.”