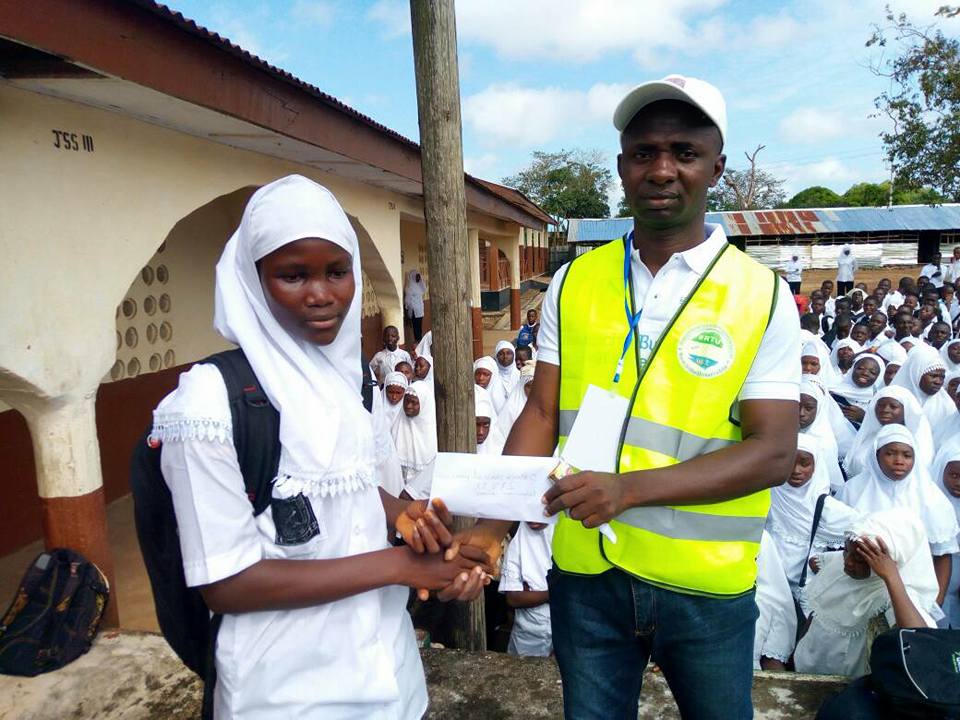 In its continued support towards education in the country and part of its contribution towards the Girl Child Education Week Celebration, DAQVAH charity Foundation today awarded one year scholarship worth hundreds of thousands of Leones to pupils of the Maforki Agricultural Islamic Secondary School in Port Loko District.

Giving a brief background of the foundation, sheik Gibrill Sesay, one of the ambassadors informed the gathering that the Foundation has been in existence for over two years with a membership of over nine hundred from seventeen countries in the world. He continued that, the foundation has been helping in the areas of health, education, water and sanitation and food distribution especially in the BKM chiefdom in Port Loko District.

Another ambassador, Sheik Alusine Koroma told the pupils and teachers that the schorlaships awarded is from the Reach the Unreachable RTU project which is campaigning to every Sierra Leonean to donate $ 1 dollar towards charity and therefore called on everyone to register and donate towards the project.

Presenting the scholarships to the beneficiaries, Bro. Ayoub Joaque admonished the beneficiaries to make good use of the opportunity and to continue the good work they have been doing as ambassadors of DAQVAH. He called on other pupils to register and donate toward the project so that they would have a share of the blessings in helping the poor and needy.

The vice principal of the School, Mr. A O Kamara thanked DAQVAH for choosing his school and called on all pupils and teachers to register and donate towards charity as the school is an Islamic School.

One of the beneficiaries thanked DAQVAH and called on all students to register and donate 10,000 annually as this, she said, would benefit more students.