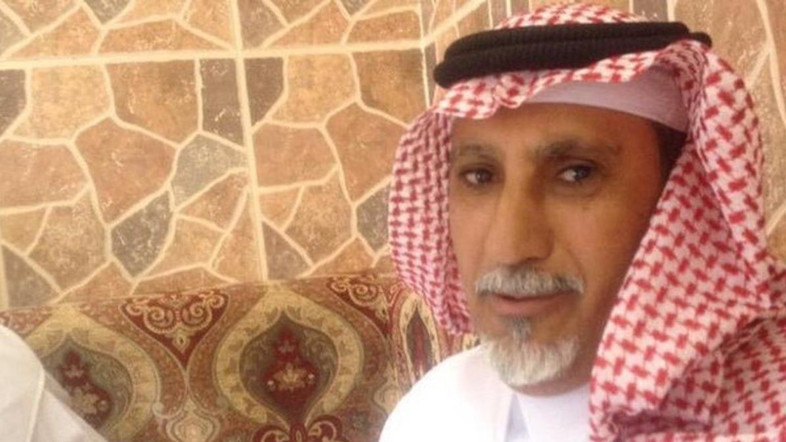 The cries for help from his neighbors aroused the spirit of compassion and courage in the Saudi hero Ibrahim al-Dhafian, who sacrificed his life to save an entire family.

Ibrahim was surprised at the sight of the burning fire in the house of his neighbor, Mohammed Saeed al-Muta’ab, in Al-Shifa neighborhood in Riyadh. The children and women were stuck inside the house waiting for their bitter fate, but Ibrahim broke into the house to save them, resulting in his own death.

For his part, Saudi Interior Minister Prince Abdul-Aziz bin Saud Bin Naïf, honored Al-Dhafian’s son in recognition of his father’s role in saving the family of Al-Muta’ab, from the fire in their home in Riyadh.

Zaid Al-Dhafian was accompanying his father in the rescue mission. He told Al-Arabiya.net about those difficult moments, stating: “When my father heard the cries of the neighbors in Al-Shifa’ neighborhood in Riyadh, he quickly ran to try and save them, and I followed his footsteps. We went into the house despite the heavy smoke. The kitchen was completely burnt out and there was no sign of the family so we started to look for them and ensure their survival. We partially tried to put out the fire. When the civil defense team arrived at the scene, we already were successful in saving the women and the children.”

Zaid added: “Suddenly, I saw my 60-year-old father fall to the ground as a result of suffocation. We quickly took him to a nearby clinic. The doctor tried to revive him but it was too late.”

For his part, his son Mohammed Al-Dhafian, expressed his thanks and appreciation to the Interior Minister for the tribute to his father’s life, considering the ceremony as an extension of the keenness of the rulers to honor both the citizens and residents alike.