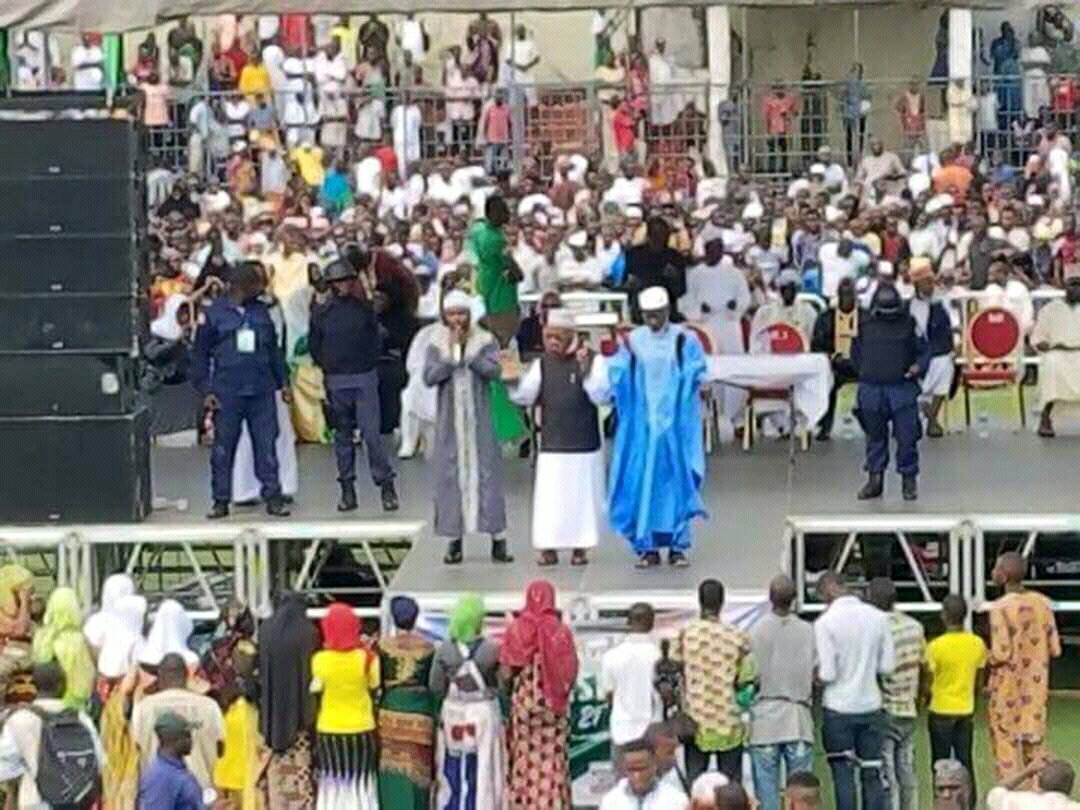 Visiting American Muslim Scholar (Sheikh Khaled Yasin) is calling on both Muslims and Christians in Liberia to unite for the development of their country.

Speaking on Sunday, October 22 at the ATS Stadium to thousands of Muslims and non-Muslims, Sheikh Yasin urged liberians to avoid religious conflict if they are to see their country become corruption and violence free.

According to front Page Africa, Sheikh Khaled Yasin said..”Citizens of liberia whether you are a Muslim or a Christian, we are all one people because we all call the name of God almighty in our different ways of praying, so liberian Muslims and Christians get to come together and work as one people because that is the only way this country of yours is going to be developed just like any other civilised nation in the 21st century”.

The Islamic cleric, who was in liberia on the invitation of the Muslim United to Invite Scholars (MUTIS) said the problem of liberia is not Muslim or Christian issues but rather the problem of patriotism.

“Liberia’s problem is not which type of religion produces the next president, liberian’s real problem is patriotism and that is something all of you liberians be it Muslim or Christian got to come together to work on an move this beautiful country of yours forward”, the Muslim cleric stated.

Speaking further, Sheikh Yasin called on youth in liberia to obey their leaders and the elders if they want to see their country prosperous.

“While we Africans were dancing, our resources were being taken away by the Europeans that is the reason we are underdeveloped, so we need to get the key back to our resources if we are to develop this continent”