Saudi Arabia proud to create partnerships with Muslims all over the world: Islamic minister 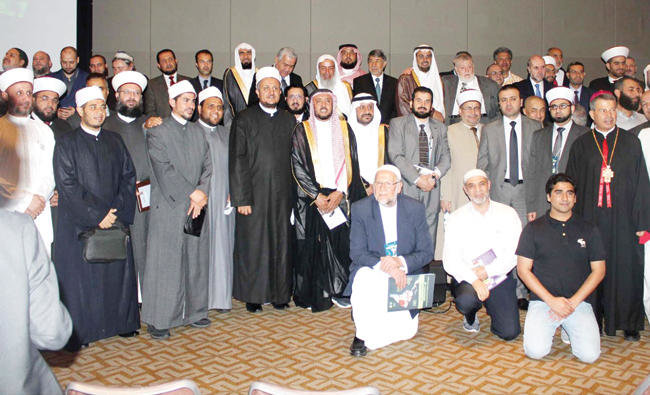 Saudi Minister of Islamic Affairs, Call and Guidance Saleh Al-Asheikh said the Saudi government and people are proud to communicate and create partnerships with Muslims all over the world, notably Latin America, in serving Islam and strengthening the moderate approach of Islam.
The minister’s remarks came at the opening of the 30th session of the International Conference of Latin American and Caribbean Muslims which started in Sao Paulo, Brazil, on Friday. The ministry’s undersecretary, Sheikh Abdulrahman bin Ghannam Al-Ghannam, who is leading Saudi delegation at the conference, addressed the conference on behalf of the minister.
He said the Kingdom used to support the moderate Islamic approach which combines preservation of originality and constant Islamic teachings; promotes good dealing with Muslim and non-Muslims, irrespective of their sects and religions; strives for positive interaction in serving the security, stability and coexistence of societies; and faces all risks that could distort the good image of Islam or stir up divisions and spread hatred among communities.
Al-Ghannam also lauded the good message and objectives of the conference which are represented in deepening the Islamic identity through the family, mosques, and Islamic, educational and media institutions, as well as the enhancement of communication between the Islamic institutions in the Latin American and the Caribbean countries.
He said the session comes in light of critical conditions and changes at the world level and big challenges facing Muslims which require enormous efforts to preserve the Islamic identity.
For his part, the director of the Islamic Call Center in Latin American and the Caribbean countries, Ziyad bin Ahmed Al-Saifi, welcomed the Saudis and other delegates to the conference. He lauded the Saudi ministry’s efforts in organizing the current 30th session and the Kingdom’s continued efforts to support Muslim minorities and spread Islamic teachings.
Addressing the conference, Brazilian Parliament member Antonio Gollart affirmed the importance of the conference at it deals with a topic concerning humanity in general. He also expressed his admiration over the teachings of Islam which guarantee the rights of families and protects their original values and customs.
Palestinian Ambassador in Brazil Ibrahim Al-Zain also addressed the conference and appreciated the efforts of the Saudi government in supporting issues of Islam and Muslims around the world.
Sheikh Ahmed Al-Marzouq, from Lebanon, gave an address on behalf of the preachers participating in the conference. He expressed thanks to the Kingdom for its concern over the Islamic call and Saudi Ministry of Islamic Affairs’ support to preachers in different parts of the world.

For his part, adviser to the Palestinian president for religious affairs, Mahmoud Al-Habbash, stressed the importance of human communication and building of one humanitarian family based on the principles of tolerance, love and brotherhood with their different religions and faiths.
The head of the Women’s Section at the Islamic Call Center in Latin American and Caribbean countries, Braa bint Ahmed Al-Saifi, appreciated the Kingdom’s efforts in sponsoring the current 30th session and its continued support to Muslim minorities in different parts of the world.
Bishop of Sao Paulo Carlos Lima Garcia also addressed the event and conveyed his greetings to leaders, scholars and preachers. He said the divine religions share with Islam its concern over families, their ethics, and youths and their protection from what is harmful to their societies.