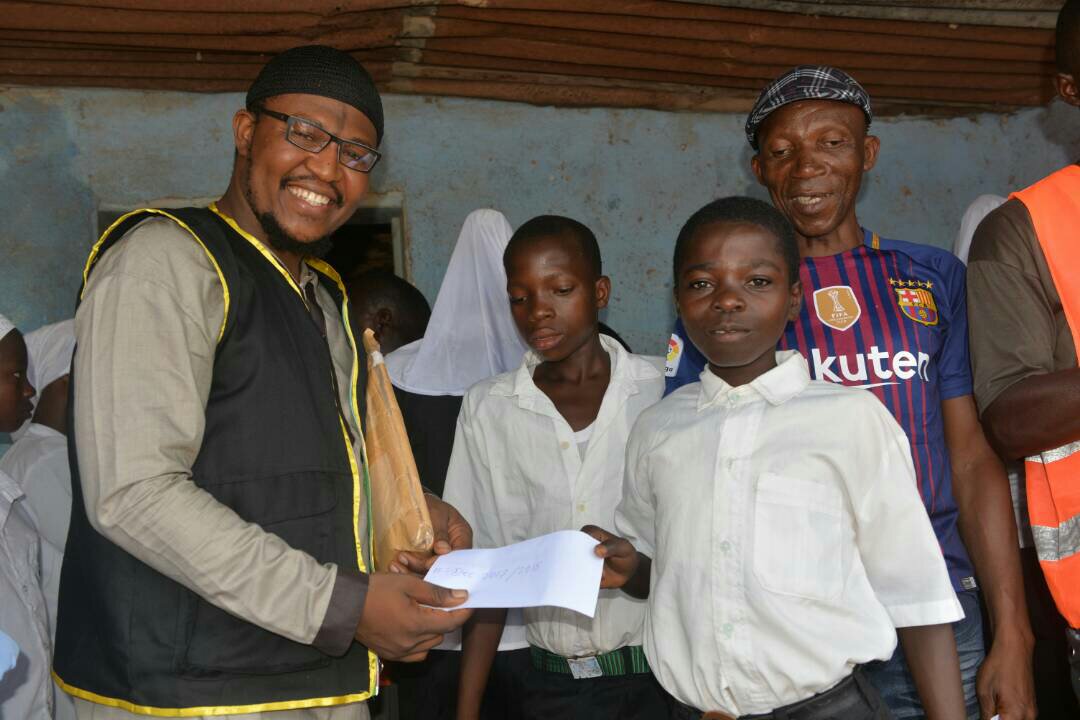 There was only one junior secondary school for pupils in the community before the advent of the Mansofinia School which is now DAQVAH Mansofinia Islamic Junior Secondary School.

According to the Founder and CEO, Alhaji Abdul Rahman Jalloh, DAQVAH knew about this community through a subscriber and volunteer of the foundation, Abdulai Kondeh, the founder and director of the school. He stated that the community is so vulnerable, and he thinks the best way they can help them is to help educate the children who, in turn, may bring more development to their village.

He went on to say that the foundation plans to build structures and establish a standard Islamic school in the district that could provide standard education for the community and its environs.

A beneficiary of the scholarship, Feren-Musu, expressed her happiness and gratitude for receiving such a support. She said the foundation has given her a hope of being educated and she can never forget them.

Mr. Ibrahim, a parent of another beneficiary, stated that he is very happy to receive such a support from DAQVAH. “As I talk to you now, I feel like I’m in Heaven… God will surely bless you people for coming to our aid”, Mr. Ibrahim expressed.

Sheku Alhuseyn Mansaray, a subscriber of DAQVAH Charity Foundation, related how happy he is to see that DAQVAH has brought happiness to these vulnerable people living in a hardly reachable community. “I always feel happy and relaxed, because I know that the little I subscribe to DAQVAH on a monthly basis is really spent in the right way, and to the appropriate people”, He professed. He called on everyone, especially Muslims to become members of DAQVAH Charity Foundation to reach people in need and change their lives positively, thereby gaining Paradise.