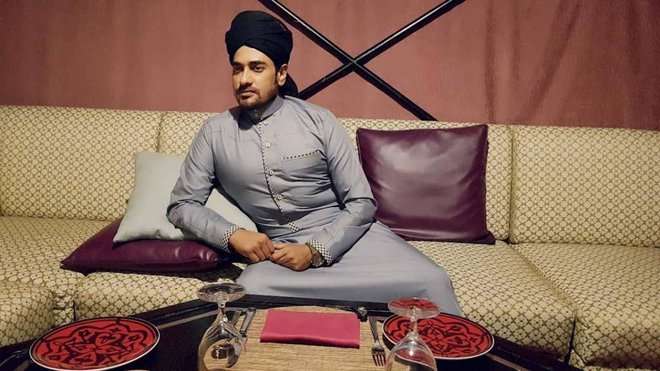 A Bangladeshi film star who became an Islamic preacher said Wednesday he wants to use his fame to draw young people in the Muslim-majority nation to the faith.
Ananta Jalil is the latest actor to take up the practice after 22-year-old Naznin Akter Happy, whose decision to become an ultra-conservative Islamic preacher was the subject of a best-selling book.
Thousands of fans turned out late last month to watch 39-year-old Jalil preach in the capital Dhaka. Photos of him wearing an Islamic turban and long robe went viral on social media.
He told AFP he had joined the Tablighi Jamaat — a Sunni Muslim evangelical movement that boasts millions of adherents in Bangladesh — after a pilgrimage to Makkah earlier this year.
“The main reason Allah gave us life… sent us to the earth is to worship Him. I learnt it there,” he said by phone on Wednesday.
“If I can preach Islam to the young generation, they’ll abide by Allah and the traditions of the prophet and they’ll say prayers five times a day.”
Unlike Happy, Jalil said he would keep making movies although his next one would be used to “propagate Islam.”
Jalil made his fortune as a textiles entrepreneur and used the money to bankroll films in which he played a starring role.
He has made six movies, starting with “Khoj” (“The Search“) in 2010, in which he played a secret service agent who takes on an international arms syndicate.
The moderate version of Islam practiced in Bangladesh for generations has been slowly replaced by a more orthodox version of the faith in recent years.
The burka most associated with the rigid Islam of Afghanistan and the Gulf is becoming more commonplace, new mosques and madrassas are flourishing and hard-liners have won symbolic victories in their push to overhaul Bangladesh’s secular constitution.