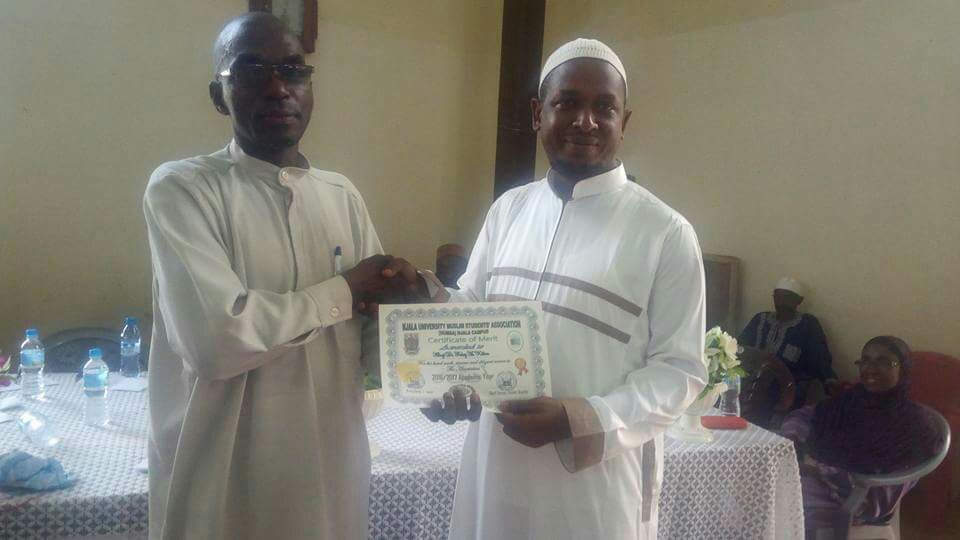 The scholar and Mentor of many students of Islamic knowledge in Sierra Leone – Sheikh Farouq Adam Bah, was amongst the Awardees for a diligent hard work done in the field of Dawah in Sierra Leone and a tremendous personal Islamic support to the development of the Njala University Muslim Association at the Njala University Muslim Association (NUMSA) programme at the Mokonde Campus last week.

Sheikh Farouq Adam Bah, a custodian of the Holy Quran, received this Award, courtesy of the University chaplain, Alhaji Sheikh Daifan, for his job well done in the Field.

Been amongst the awardees, he gave thanks and appreciation to Allah and encouraged all present to seek and acquire the knowledge of Islam, as a portion of his well handled topic on the importance of Islamic Knowledge as a University Student.

Many others received awards including Dr Alhaji Foday Kallon of the VOICE OF ISLAM Madingo program.

The team took exit with all delegates of Sheik Farouq back to Freetown.

We thank Allah for a merciful journey and thanks to our dynamic Youths in Mokonde Campus for their hard work in promoting the Deen of Allah in that part of the country.