As a way of promoting education in Sierra Leone, DAQVAH CHARITY FOUNDATION has Launched two of its projects at Mansofinia town in the Falaba District.

The School construction project, which is to provide free education for the people of the community, and the Reach The Unreachable with just $1 project, which is a fund raising strategy that will help in addressing different developmental projects in Sierra Leone were officially launched.

This event took place at the Mansofinia Court Barray in Falaba, on the 13th of April 2018.

Mohamed Alhassan Jalloh, is DAQVAH RTU Project Lead, he said the proposed school will be the first free Islamic Secondary School in the District, which he said when completed will attract parents from surrounding towns and villages to send their children to DAQVAH school. 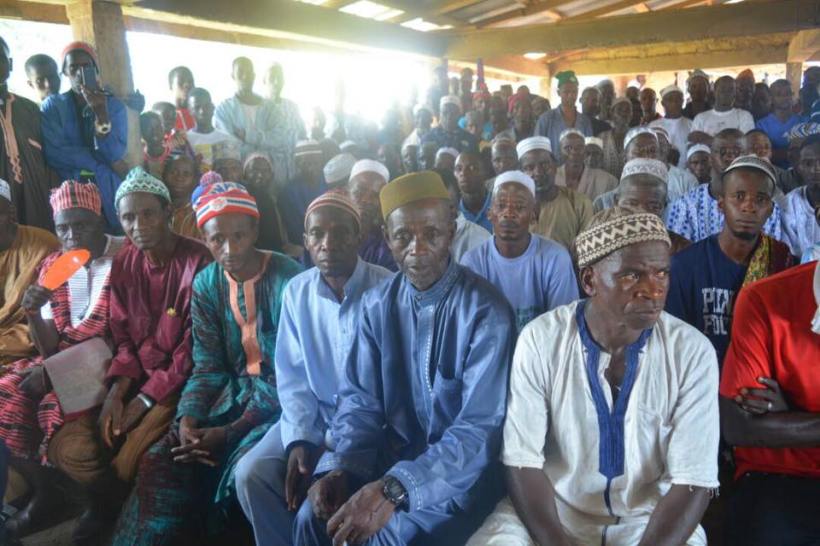 In his statement, the assistant Chief Imam of at Mansofinia Town, Chernor Mahmoud Bah, called on community members to contribute their 10,000 Leones annually, as a way to boost the foundation’s activities, and should also give their maximum cooperation and support to the school project.

Alhaji Umar Kamara, is the contractor of the school project, he advised community members to be honest and sincere, by refraining from stealing the construction material and also report any case of theft, so that the project will be completed quickly. He added that the project is a blessing to the community, and should be handled with the greatest care, as others are yearning for this opportunity but do not have the support for it.

Over the years, DAQVAH Charity Foundation has engaged in many projects, which are all geared towards reaching the Unreachable. And on the 21st of April, the foundation will organize its walk for a widow campaign, which is an awareness and fund raising walk to support widows in the country.