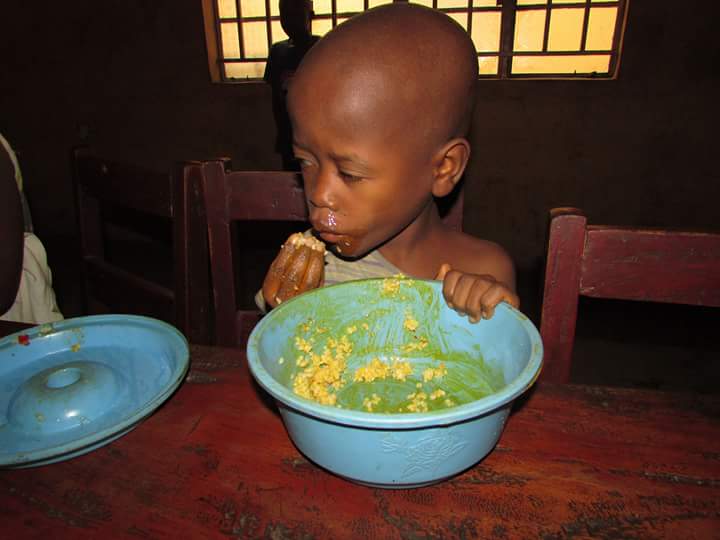 Daqvah charity foundation donates 6 25 kg bags of rice plus a cash of le 600,000 to pupils and staff at the Bombali school for the blind. The school is located 2 kilometres away from Makeni northern Sierra Leone.

The donation comes as a result of a documentary filmed by Mohamed Dauda Kamara a journalist of SLBC Makeni which shows their suffering. It goes viral and captures the attention of the founder of Daqvah charity foundation Abdul Rahman Jalloh.

Two weeks ago deputy head teacher of the school Alex Mbanta Sesay cried in the video. He called on government and organizations to help with whatever amount for them to sustain lives as food is there Major challenge.

Daqvah charity foundation works to help the needy with food, clothing and education.The founder of the organization Abdul Rahman jalloh said, the gesture is just a start as many other good things are underway to help the school especially with food.

Kadiatu Tarawally class six pupil of the school thanked Daqvah for the kind gesture. She said, this is what they are praying to see. At least we can eat food today, she ended.

However, Bombali school for the blind is expecting more donations from other organization as they faced with many challenges.