How Hajj is performed-A step by step guide. 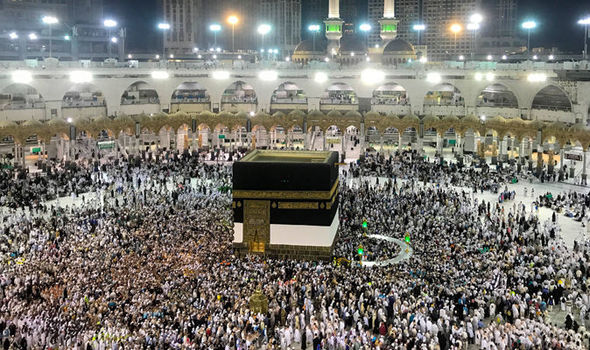 May Allah Almighty grant us the chance to perform the Hajj once in our lifetime and accept it with utmost sincerity on our part.

Hajj is one of the foundations upon which Islam firmly stands. Millions of Muslims gather in Mecca every year in the month of Dhul Hijjah to perform Hajj at least once in their lifetime. Hajj is mandatory for every Muslim who has the physical and financial ability to do so. As with the every other aspect of Muslim life, there are instructions in Quran and Hadith as to how one should fulfill their obligations properly. For one’s Hajj to be accepted by Allah, it is necessary that he or she should follow these instructions.

Allah instructs His Prophet (PBUH) to announce among his followers that they should perform pilgrimage to the Holy Ka’bah. Allah Almighty says in Quran:

“And proclaim among men the Pilgrimage: they will come to you on foot and on every lean camel, coming from every remote path.” (Surah Hajj: 27)

This pilgrimage is made to Ka’bah which is the focal point of Islam and its followers. It is a place for the believers to purify themselves of their sins. In order to do so, they are required to follow rituals exactly the way Allah and the Prophet (PBUH) had intended for them.

Following is the step by step guide to perform Hajj.

The first step for Hajj is wearing the Ihram. The pilgrim sets niyyah (intention) for Hajj and has to recite an intention called Talabiya. He then has to wear an Ihram before reaching Miqat – a special boundary that surrounds the holy sites of Hajj. At Miqat, one proceeds towards Ka’bah, reciting Talabiya. Ibn Umar narrates:

“I saw that Allah’s Apostle used to ride on his Mount at Dhul Hulaifa and used to start saying, ‘Labbaik’ when the Mount stood upright.” (Bukhari 26:589)

Pilgrims then visit Ka’bah as is referred in the Quran in the following words.

“Then, they shall end their state of unkemptness, fulfill their vows and visit the Ancient House.” (Surah Hajj:29)

On entering Masjid-al-Haram, pilgrims perform Tawaaf. It is an integral part of the pilgrimage in which the pilgrims circle around the Ka’bah seven times in an anti-clockwise rotation.

After the Tawaaf, pilgrims proceed to perform the Sae’y, i.e., they travel the distance between the hills of Safa and Marwa seven times. Allah directs Muslims to perform Sa’ey in the Quran saying:

“The Safa and Marwah are among the rites decreed by God. Therefore anyone who observes Hajj at the House or observes Umrah commits no error by passing by them.” (Quran 2:158)

Pilgrims then leave for Mina, which is roughly eight kilometers away from Mecca, after the Fajr prayer on the 8th of Dhul Hijjah. Here, they stay for an entire day up till Fajr of next day, i.e., 9th Dhul Hijjah.

After the Fajr prayer in Mina, Muslims move towards the ground of Arafat. Here they spend the rest of their day until sunset, praying and repenting for their sins. After sunset, pilgrims move towards Muzdalifa, where they offer the remaining two prayers of the day, and stay overnight. They also collect pebbles for the next day to be thrown at Jamarat. This is mentioned in Quran in the following words.

10th Dhul Hijjah marks the first day of Eid. On this day, pilgrims leave for Mina after Fajr prayers. In Mina, they stone the devil by throwing pebbles at Jamarat-al-Qubra, and after that, they sacrifice animals. The order and instructions for the sacrifice are mentioned in Quran as:

“The animal offerings are among the rites decreed by God for your own good. You shall mention God’s name on them while they are standing in line. Once they are offered for sacrifice, you shall eat therefrom and feed the poor and the needy. This is why we subdued them for you, that you may show your appreciation.” (Surah Hajj: 36)

After sacrificing the animals, the pilgrims shave their heads and perform another Tawaf and Sae’y.

On the second day, pilgrims again proceed to Jamarat from Mina to stone Satan and come back to Mina for night stay. This ritual is performed once more on the third day of Eid, but after stoning, people leave for Mecca before sunset and finally perform the farewell Tawaf. At this stage, all of the obligatory rituals of Hajj are completed.

May Allah Almighty grant us the chance to perform the Hajj once in our lifetime and accept it with utmost sincerity on our part (Amen).