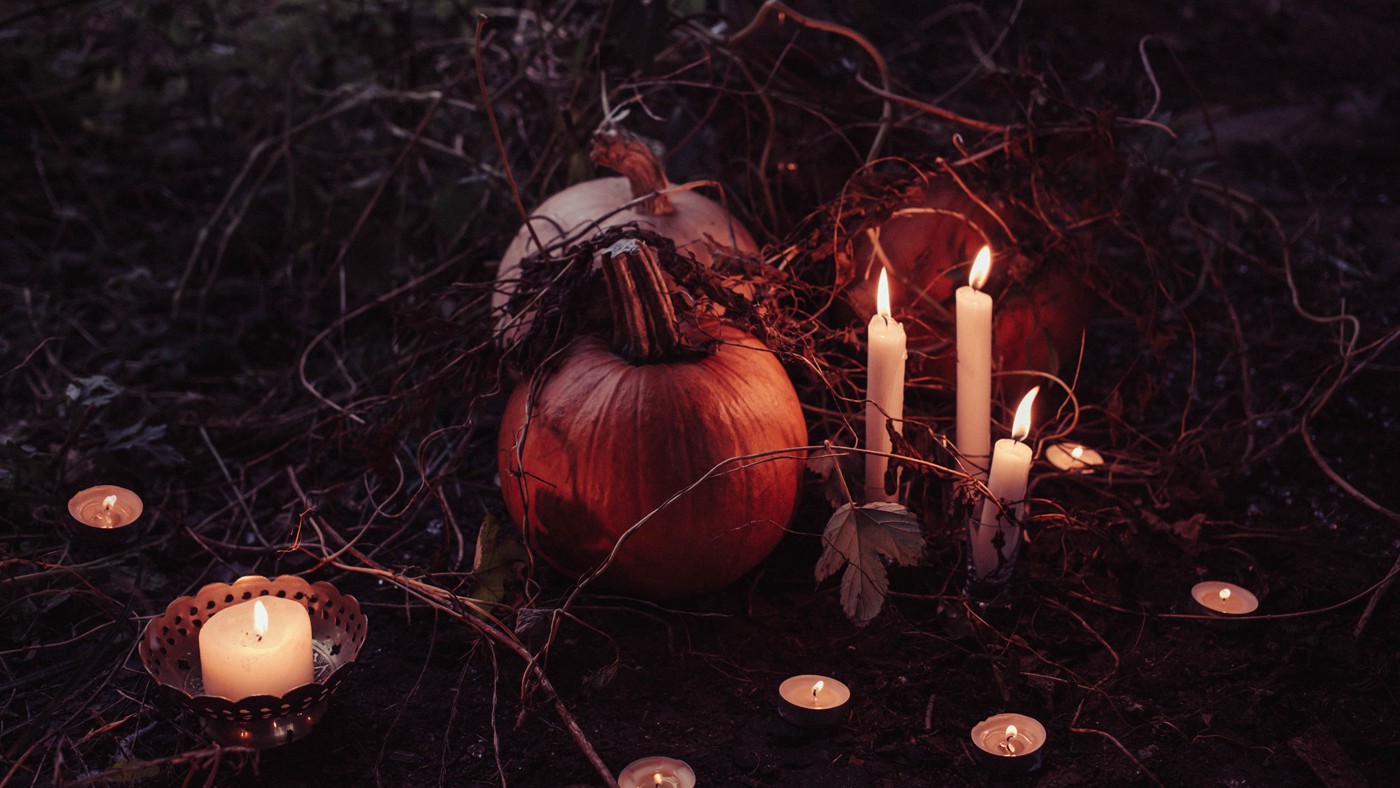 All you need to know about Halloween and the solutions to common problems faced.

As October comes to an end, we encounter visuals of Jack-O-Lanterns, candies and ghostly costumes around us which inevitably attract Muslims, especially the young ones. Alien to its origin, Muslims have also fallen into the trap of events such as Halloween. Have you been too?

Well, to start off let’s introduce from where this festive really got its roots. Halloween is a festival based on Celtic and Catholic doctrines. It is celebrated on the evening of 31st October every year.

Origins and Evolution of Halloween

The initial root of Halloween arises from Celtic festival of Samhain. Celts lived in Ireland about 2000 years ago. They celebrated their new year on 1st November. They had a belief that on the last day of the year i.e 31st October, dead spirits revisited the earth so to ward off the perils of the season and the anger of the deities, they used to light bonfires to frighten the evil spirits away.

After few centuries, Catholic Church established a tradition of celebrating “All Martyrs Day” (also known as All Hallows Day). This was initially celebrated in May but later on it was moved to 1st November to replace Samhain. Another day called ‘All Souls Day’ was added to include all dead people. “All Hallows Eve” was celebrated a night before All Hallows and the day was eventually named as Halloween.

In early America, celebrating Halloween was very limited because of the presence of Protestant community but as catholic Christians migrated from Europe to America mainly during Irish potato famine, the celebration of Halloween became more sort of a festival. Now Halloween has become more secular, superstitious and religious aspects have mostly vanished yet this event thrives as more like a commercialized festival.

Moreover, Pumpkins being carved with scary figures and placed outside the homes was basically done to scare the ghosts. To prevent the ghosts from entering the homes, Celts placed food outside their homes so that the souls don’t come inside their homes. In catholic tradition, Soul-cakes were given to poor families and in return they were asked to pray for their dead ancestors. Therefore, this is how the concept of “Trick or Treat” emerged.

The following Ayah’s of Al Quran point out that people should not just follow a norm because majority is following rather they should search for truth and try to do everything with solid reasoning.

When it is said unto them, ‘Come to what Allah has revealed, come to the Messenger,’ they say, ‘Enough for us are the ways we found our fathers following.’ What! Even though their fathers were void of knowledge and guidance?” (Surah Maidah:104)

Has the time not come for those who have believed that their hearts should become humbly submissive at the remembrance of Allah and what has come down of the truth? And let them not be like those who were given the Scripture before….” (Surah Hadid:16)

Prophet Muhammad (PBUH) had once said:

“Whoever does a deed that does not conform to our affair (deen) then it is rejected from him”. (Muslim and Ahmad Sahi al Jami no. 6398)

It was narrated from Abu Sa’eed al-Khudri that the Prophet Mohammad (SAW) said:

“You will certainly follow the ways of those who came before you hand span by hand span, cubit by cubit, to the extent that if they entered the hole of a lizard, you will enter it too.” We said: “O Messenger of Allaah, (do you mean) the Jews and the Christians?” He said: “Who else?” (Bukhaari, 1397; Muslim, 4822.)

From the above mentioned Ahadith, it becomes evident that rituals which are repugnant to the spirit of Islam are not meant to be celebrated. Muslims should only follow those customs which do not go against Shariah.

An instance from the life of Prophet Muhammad (SAW) also illustrates that one should not wear or use symbols without any purpose. When Islam was embraced by ʿAdī ibn Ḥātim, a Christian, and he went to visit Prophet Muhammad (PBUH) with a golden cross around his neck. The Messenger of Allah pointed to his necklace and told him, “Adī, throw this idol away.” Although Adī had already accepted Islam and for him it was just a necklace but still Prophet Muhammad (PBUH) asked him to get rid of that symbol and discarded it because of what it symbolized.

Challenges and Roles of Parents

Young Muslims going to school are more inclined towards following what their peers do. The parents in the western society have this huge responsibility of involving their kids in discussions and narrating the history of Halloween. They should make their kids understand politely that celebrating Halloween is against the Islamic ethos. Moreover, they can rake assistance of Hadith of the Prophet (PBUH) to illustrate how Islam discourages celebration of such festivals.

Discussions amongst families can be started with what Halloween really is and where does it come from? opinions can be asked first and the description offered. For instance, tell them, “Did you know Halloween is a pagan practice?” Then, delve deeper in explanation. It should clearly be told that Halloween actually originated many centuries before Christianity. It is also amusing to know that difficult and a quarter of all candy produced in USA during the year is sold for Halloween.

Parents can also display the importance Islam and appreciate children for following the right path. They should strive to make them feel elated about being a Muslim as a whole. A creative checklist could be designed whereby healthy activities and events are organized for them ahead of time. local Masjids can be contacted to have age appropriate activities such as fun filled games, crafts and quiz competitions, for the kids on the specific days. Organize. Otherwise, things together as a family can be done like going out for dinner so that children don’t feel like your family is like a stick in a mud and doesn’t enjoy. Display and instill within your loved ones some respect and affection for their unique, Islamic identity.

Many people living where this festival is widely celebrated face some problems such as the ‘Trick or Treat’ tradition. They do not understand how to cater to those coming outside their houses knocking doors for some candy, as being Muslims we are not following Halloween. To tackle this matter, they can send a short note or flyer to the respective neighborhood families explaining that Halloween is not celebrated by them. Some simple and respectful reasons can be stated if needed regarding why it is not in accordance with Muslim belief. The other way can be by placing a small poster outside the door so that whoever comes can leave, by knowing clearly.

All this is better than ending up in numerous unpleasant conversations with the people of the neighborhood hour by hour. This would give your neighbors a better opportunity to know you on a personal level as well.

Although many Muslims celebrate Halloween just as a festival and for entertainment, which is why they are alien to origins and history of the festival. With the passage of time, Halloween has become more commercialized yet still is associated with symbols of witch craft, deadly spirits and so on. Muslims are not meant to follow a tradition just because it is widely celebrated rather they should question their doings. It is important to know that Muslims have only two major celebrations each year, Eid ul Fitr and Eid ul Adha.

We make Dua that may Allah (SWT) help all the Muslims follow the right path according the teachings of Quran and Hadith. We are supposed to consider and think about everything that we do, and not follow something blindly without pondering about it. You see, as Muslims we are placed in this world to be a light in a world of darkness. So, be that light and allow others to spread it by sharing this information about which many Muslims are unaware even today.