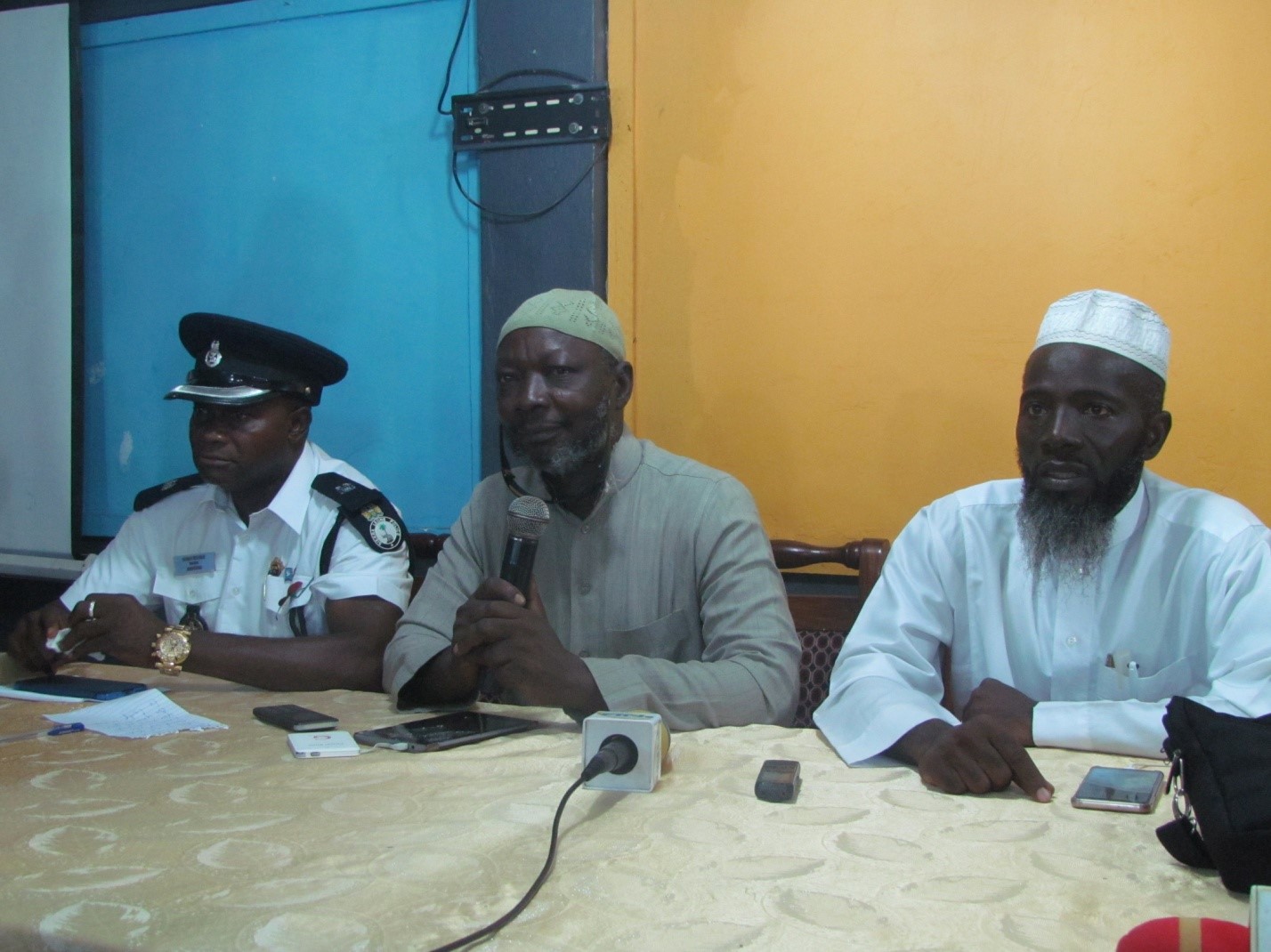 Owing to the conflict between the Al-Ridwan Community Mosque and the Leonco Gas Station at Lumley that have been characterized with violent actions that degenerated to the destruction of the Mosque and the burning down of the Gas Station, the officials of the Mosque summoned a Press Conference at the SLAJ Headquarters on Thursday 8th November, 2018.

The Amir of Al-Ridwan Foundation, Sheikh Muhammad Marah,  called on all Islamic Organizations and concerned citizens to stand with them in resolving the standoff between them and the Leonco Gas Station authorities.

Speaking to pressmen and State stakeholders, Sheikh Marah stated that they are respectfully seeking an amicable and peaceful resolution to the impasse. He noted that the unfortunate incident occurred on Monday 13th November at 11pm, long after the last prayer of the day, when all officials have left the Mosque, excluding the few care takers and the children memorizing the Holy Quran. He averred that people around the community were surprise to see thugs with cutlasses and other weapons vandalizing the Mosque.

The Amir explained that the community people retaliated against the thugs, which resulted to the burning down of the Gas Station. He further explained that arbitrary arrests and detention of dozens of Muslim men and women in different police centers across the city followed the incident. According to him, the incident prevented the Muslim worshipers from performing prayers at the mosque itself.

Sheikh Marrah noted that Muslims with Islamic attire and symbols have been randomly rounded up on Tuesday, 6th November, 2018, during the aftermath of the event. He furthered that the authorities at the Gas Station are Muslims as well, noting how it is not a religious dispute, but a neighboring one. He added that that is why they have had great concerns from other Islamic organizations that have made efforts to bridge the gap between the two parties. He further requested the release of their people who were arrested because of the incident.

Sheikh Alie Kallay noted that the Sierra Leone Muslim Congress has frowned at the action of the Muslims who used the street to offer prayers after the incident. He alleged that rumors have met him that the Sierra Leone Police have once again acted unprofessionally, as they failed to use the right rules of engagement to quell down the situation.

The Chairperson for the National Council of Civic Education, Kalilu Tutangay noted that it is the first time a mosque is calling for a Press Conference adding that it is not a clash of religions and has nothing to do with the whole of the Ummah (Muslim Community). According to him, Islam is not under threat and that he wants to support the resolution process, through his peaceful office.

The Chief Imam of the SLP, Superintendent Alhaji Kelfala Mbadie Bangura stated that we must seek peace at every level and must not transgress our set limits. According to him “the SLP will not allow lawlessness to overtake the country”. He added that nobody has ever been arrested for offering prayers. Supt. Bangura furthered that the Inspector General of the SLP has called on several Islamic scholars, including Sheikh Alie Kallay, to engage for an amicable resolution.

One thought on “MOSQUE OFFICIALS CALL FOR A PEACEFUL RESOLUTION.”