WASHINGTON, DC – Thousands of Muslims have urged Nike to recall its new Air Max trainer, saying the logo on the bottom of the shoes resembles the word ‘Allah’ in Arabic.

“Nike has produced the Nike Air Max 270 shoe with the script logo on the sole resembling the word Allah in Arabic, which will surely be trampled, kicked and become soiled with mud or even filth,” Muslim buyer Saiqa Noreen, who had noticed the writing which she found offensive, wrote in an online petition.

“It is outrageous and appalling of Nike to allow the name of God on a shoe.

“This is disrespectful and extremely offensive to Muslim’s and insulting to Islam. Islam teaches compassion, kindness, and fairness towards all.”

Noreen discovered that the Air Max logo design depicted on the sole has similarities to the word ‘Allah’ in Arabic.

Till the time of writing the article, the petition has been signed by 8994 out of a targeted 10,000.

Noreen recalled a similar occasion when Nike recalled its trainers in 1997 for a similar problem.

“After recalling trainers in 1997, which had a similar logo depicting the word Allah, Nike claimed to have tightened scrutiny on logo design. So why has a similar design been approved?”, she wrote.

“We urge Nike to recall this blasphemous and offensive shoe and all products with the design logo resembling the word Allah from worldwide sales immediately.”

The company refuted all allegations of intentionally insulting the Muslim community, saying the logo is a “stylised representation of Nike’s Air Max trademark” without any religious significance.

“Nike respects all religions and we take concerns of this nature seriously,” a Nike representative said.

“The Air Max logo was designed to be a stylised representation of Nike’s Air Max trademark. It is intended to reflect the Air Max brand only. Any other perceived meaning or representation is unintentional.”

Many Muslims have also gone to social media to protest the new logo. 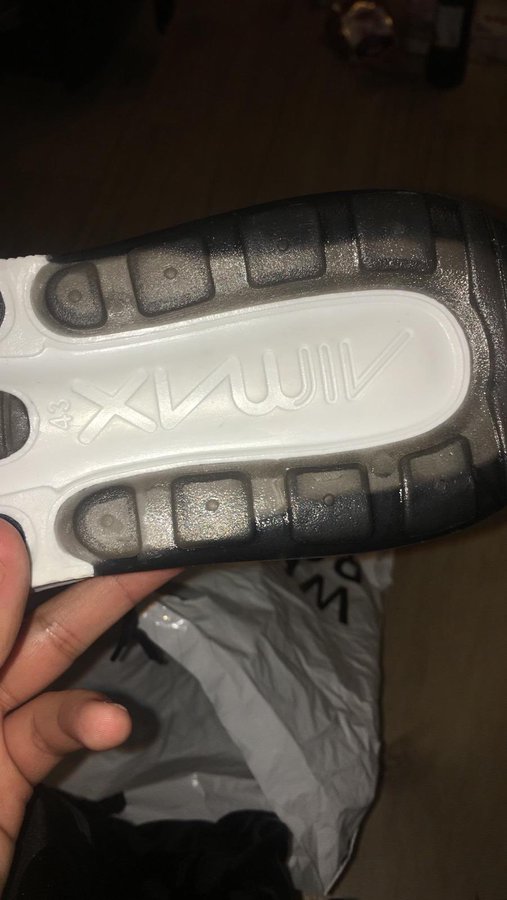 The incident is not the first.

A few days ago, Muslims demanded an M&S boycott after apparently seeing the word “Allah” in the design.

Allah is the proper name for God in the Arabic language. No Muslim can tolerate the slightest act of dishonoring the sacred name of Allah.

Allah is the one and only Lord, whom the hearts and souls revere and long for. All creation depends on Him at every moment. He is the Creator, the Sustainer upon which everything and everyone depends.

Allah loves His worshipers who love and obey Him; who adhere to His commandments and His Law. They love Him.

The Prophet (peace be upon him) taught us that the love of Allah is the highest level of faith a believer can attain. He said:

“If anyone possesses three qualities, he will experience the sweetness of faith: The first is that Allah and His Messenger are dearer to him than anything else. The second is to love another person only for Allah’s sake. The third is to hate falling into unbelief as much as one would hate being thrown into the fire.” (Al-Bukhari, Muslim)