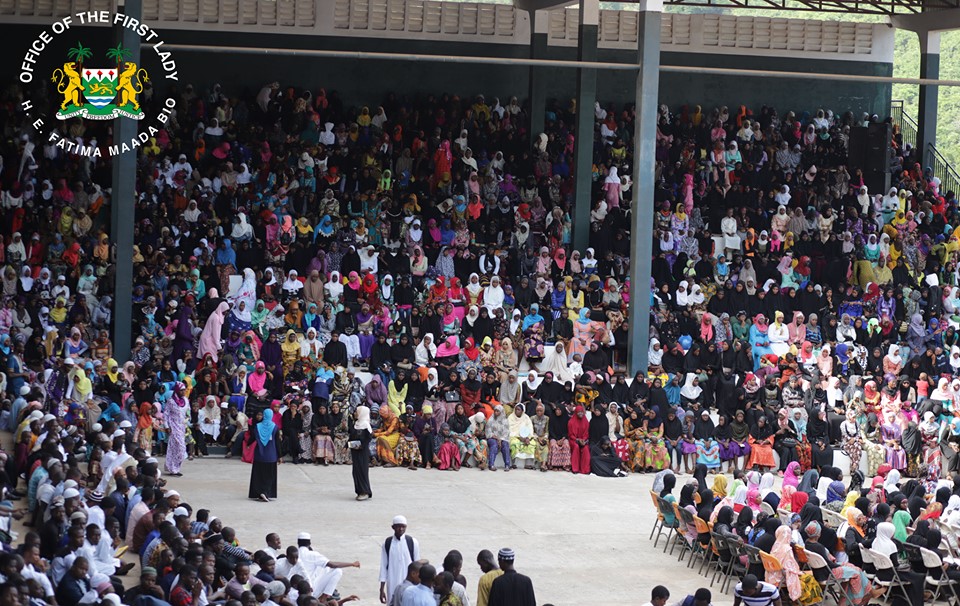 Sunday 19th May, 2019 marked the occasion when the Foundation of Islamic Information (SL) Limited (FOISIL) held its Sixth edition of its annual National Quranic Memorization Competition at Fourah Bay college. The occasion was a well attended one with people from various parts of the country representing their regions. The occasion also attracted high profile dignitaries including the First Lady of the Republic of Sierra Leone, Her Excellency Mrs. Fatima Bio.

In her statement, the first lady encouraged all to continue to support and attend programmes of this kind and emphatically urged all to have the seventh edition of the competition staged at the National Stadium.

Other competitors were also given various prizes and the other two categories of two-third (2/3) and half (1/2) the Qur’an given FOISIL awards and some amount of leones.

The foundation takes pride for the conduction of the 6th National Quranic Memorization Competition and is therefore very much appreciative of the following individuals and intitutions for their enormous and unconditional assistance:

All are greatly appreciated. Thanks plentifully.