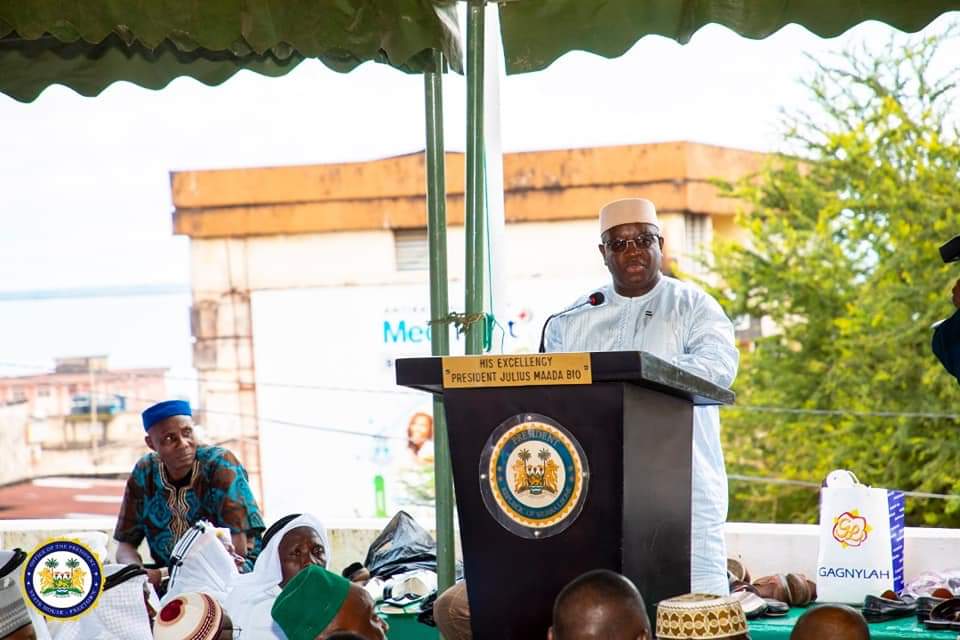 His Excellency President Dr Julius Maada Bio has joined many Sierra Leoneans to worship with this year’s Hajj Pilgrims at State House, where he called on religious leaders to promote national unity and cohesion.

Chairman of the Hajj Committee, Alhaji Murtada Sesay, thanked President Bio and his government for organising another successful Hajj, noting that the pilgrims had used the opportunity while in Mecca to pray for the government and the country. He also encouraged the pilgrims to use examples learnt from their pilgrimage to serve as role models in their various communities.

On his part, President Bio said that he was thankful to God Almighty for His guidance and travelling mercy over the pilgrims. He said organising such a successful event was a very difficult task for which he commended the Honourable Vice President, Dr Mohamed Juldeh Jalloh, the Ministry of Social Welfare and members of the Hajj Committee.

“Religion is about peace, unity and togetherness. The new pilgrims are leaders with religious obligations in society. So, I encourage you all to preach peace and unity in your different communities. I am happy with our level of religious tolerance and that is something we must always promote. I call on you all to continue praying for unity and the development of our nation,” he urged.