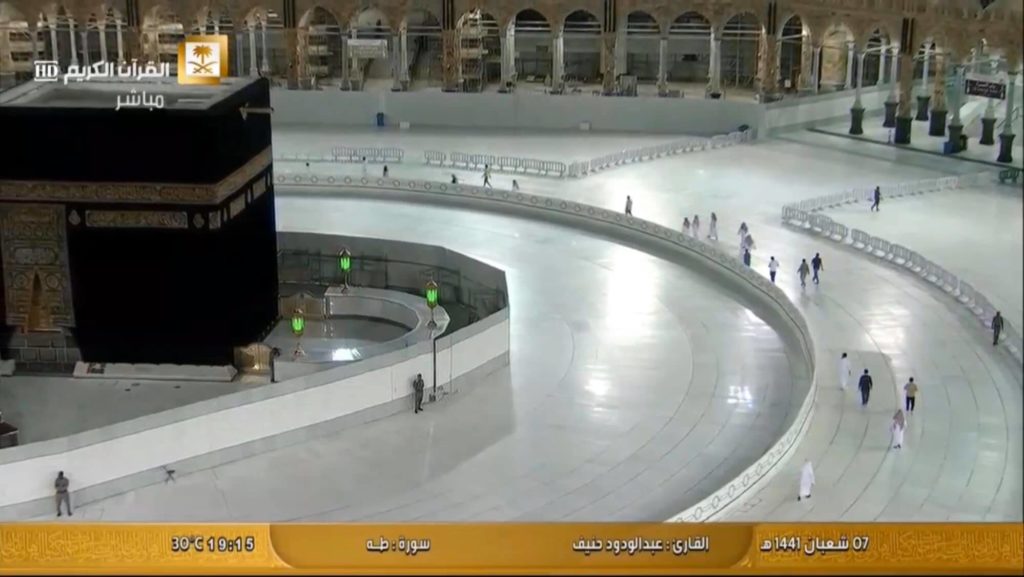 Saudi authorities have reopened the Holy Kaaba for Tawaf to be performed in the Mataaf area in Masjid al Haram, but with some restrictions.

Only a small group of Muslims will be allowed to perform the Tawaf. The protective structure that authorities have setup has been taken off and Muslims who are performing the Tawaf after reopens the holy Kaaba are not allowed to touch the Kaaba. As Saudi Arabia reopens the Holy Kaaba, Haramain info also tweeted about this.

The tawaf was stopped on 21st March 2020 when the government of Saudi Arabia announced to take extra precautionary measures to curb the spread of COVID-19.

Later on, Saudi Authorities also banned prayers in Masjid al-Haram and Masjid an Nabawi. Very few people consisted mainly of the security staff and workers were allowed to pray.

Despite taking extra precautionary measures the Coronavirus pandemic is spreading at a rapid scale within the Kingdom of Saudi Arabia, King Salman also ordered free treatment of Coronavirus patients in Saudi Arabia.

Saudi authorities also halted all transport, businesses and educational instututes, so far there are more than 1,700 active coronavirus cases in Saudi arabia with more than 8 deaths.