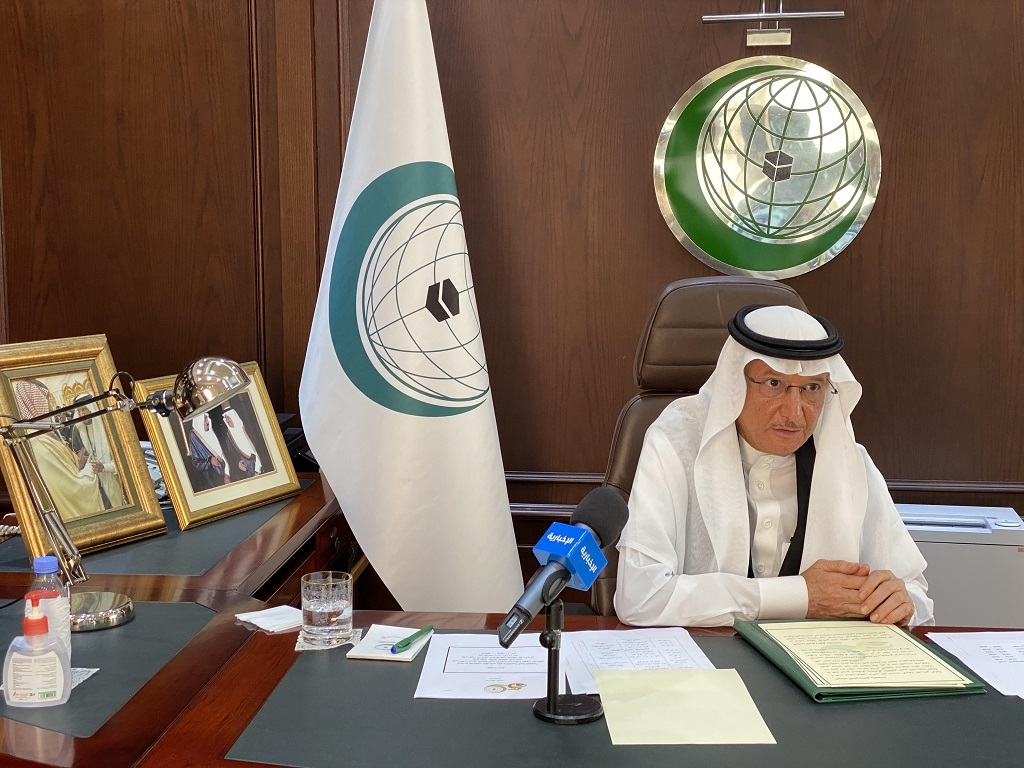 The General Secretariat of the Organization of Islamic Cooperation (OIC) on 10 June 2020 held an open-ended extraordinary foreign ministerial meeting of its Executive Committee, via video conference, to address the Israeli occupation’s declared plan to annex areas of the Palestinian territories it occupied since 1967.

The meeting was chaired by Prince Faisal bin Farhan Al-Saud, who addressed the meeting and declared it open, along with the OIC Secretary General, Dr Yousef Al-Othaimeen, and the Palestinian Foreign Minister, Dr Riyadh al-Maliki.

For his part, the OIC Secretary General placed on record the Organization’s rejection of all Israeli occupation policies seeking to alter the demographic, geographical and legal status of the Palestinian territories occupied since June 1967, including al-Quds al-Sharif, and the Israeli attempts to tighten its control and exert its sovereignty over these areas of the Palestinian lands. “All these Israeli measures run counter to international law and relevant UN resolutions, including Security Council resolution 2334 (2016),” said Al-Othaimeen.

The OIC stands in support of the Palestinian leadership in countering the occupation government’s measures, Dr Al-Othaimeen underlined, stressing that the Israeli unilateral actions threaten to shatter the foundations of any political settlement based on the two-state solution.

Further, the OIC Secretary General commended the declared rejection and condemnation, by a number of world countries and international organizations, of the Israeli policies, warning against the grave consequences that such illegal plans would have on the security and stability of the region and the world at large. He went on to call on the relevant actors in the international community to instate political and legal mechanisms to ensure that Israel is held to account for its continuous violations and to guarantee international protection for the Palestinian people.

Dr Al-Othaimeen added that, “The preservation of the rule of international law and respect by all parties to the conflict of their commitments under UN resolutions, is a decisive element in the success of any effort on the part of the international community to find a political solution to the Palestinian cause.” The OIC renews its call on relevant stakeholders in the international community, most notably the Quartet, to engage effectively and in earnest to help advance a time-bound, multilaterally-sponsored political process for the realization of the two-state solution, based on internationally binding resolutions, including UN resolutions and the Arab Peace Initiative, Dr Al-Othaimeen concluded.