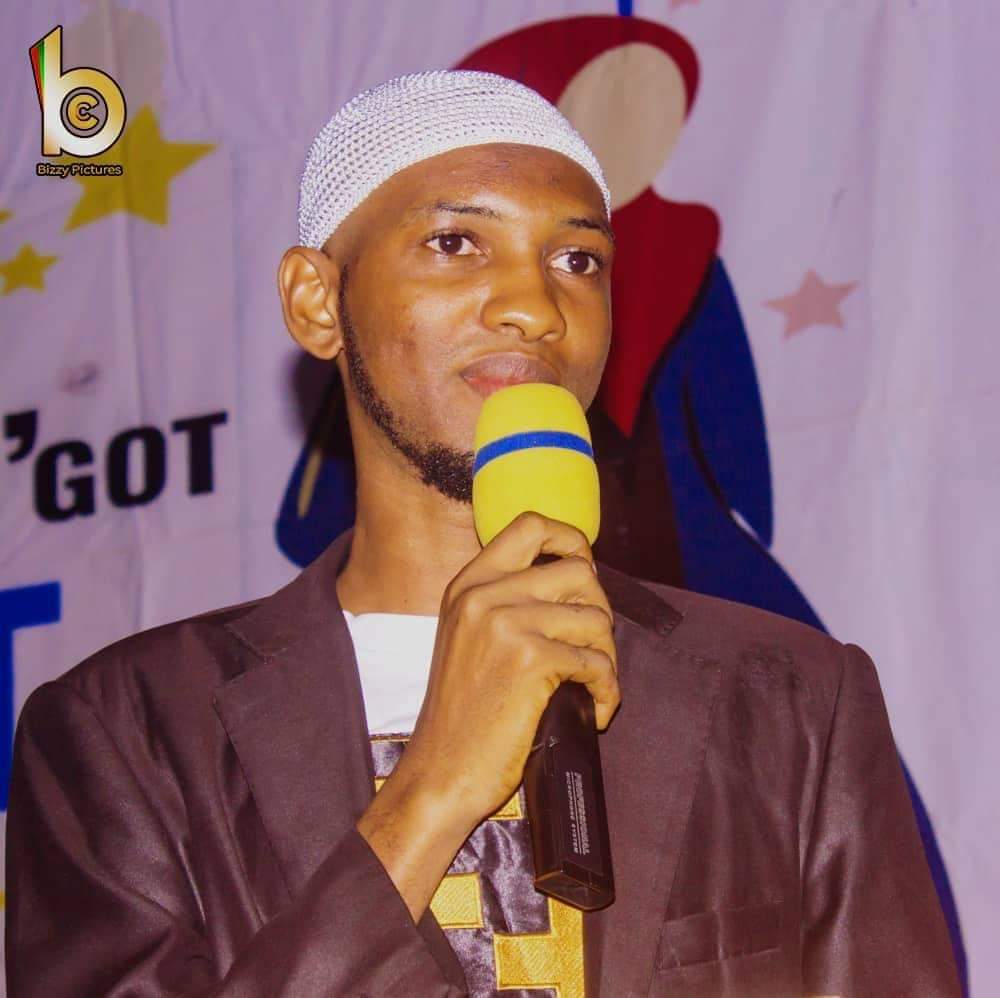 Mr. Mohamed Bailor Jalloh was born in Freetown, in June 1993 to Ayeroh Bah and Hassmieu Jalloh.

MBJ (as he is commonly called) has Bsc in Economics, Diploma in  Math & Statistics and Diploma in Islamic Studies from the Islamic

He attended Samaria Primary School at Wellington street (from 2000-2005) where he was deputy head boy and had the second best result.

He then proceeded to the Prince of Wales for his junior Education (2006-2008), and to the Government Senior Secondary School between 2008-2010 for his Senior Secondary school education, where he became L&DS President and Best Commercial Student. He was  also a prefect at POW.

He has been president of the FBC Muslim Jamaat, President (Jokeh Endang, FBC)

HIS BIGEST OBSTACLE IN LIFE:

Due to the advent of Ebola, he was unable to travel to Canada for an international Naasheed Performance.

HIS BIGGEST MOMENT IN LIFE THAT HAS SHAPED HIM INTO WHO HE IS TODAY:

Being a founding member of Sierra Leone Union of Muslim Students in Secondary Schools (SLUMSISS) and playing an active part in promoting it course for 10 years and still counting.

HIS PHILOSOPHY IN LIFE:

‘Always associate with Result Oriented Individuals that do things only for Allah.’

WHERE HE SEES ISLAM IN THE NEXT 5 YEARS IN SIERRA LEONE:

He envisions an Islam driven by overwhelming youths with Extraordinary skills.

Speaking on what motivates him for doing what he does, he said that it’s “The desire to effect change and attain paradise.”

Joining the FBC Muslim Jamaat and later on becoming the President.

ADVISE FROM HIS OWN PERSONAL LIFE THAT HE WANTS TO SHARE WITH OTHERS:

Always be sincere and do things only for Allah and no one else. MBJ is mostly proud of his Islamic Personality and Quranic Recitation Skills and he would like to be remembered as the young Man who inspired Islamic Revolution in Sierra Leone.

ONE THING FEW PEOPLE KNOW ABOUT HIM?

He is very good at Acting.

SOMEONE WHOM HE ADMIRED A LOT?

Sheikh Salieu Jalloh for his orator Skill and Knowledge of Islam.

His hobbies are to give Dawah (To effect positive change), Singing Anasheed (A God given talent), Reading Books (To expand Knowledge), Football (Just for fun), Teaching (To pass knowledge) and Writing (To inspire via the pen).

PROMINENT TEACHERS WHO HAS TAUGHT HIM ISLAM:

THE TEACHER WHO HAD THE GREATEST IMPACT IN HIM:

TEACHER WHO HAVE FORMALLY RECOMMENDED HIS ISLAMIC QUALIFICATION:

MBJ has travelled to guinea to also seek Islamic Education.

HIS SPECIALTY IN ISLAM

He is specialized in Dawah Coordination, Nasheed, Quranic Recitation and MCing events.

MBJ has written over 30 articles, some of which are:

Youths and Islam, The effect of Music, Ramadan (Dos and Don’ts), Why we need a Mufti? And Islam and Entertainment.

CHALLENGES IN SEEKING THESE ACHIEVMENTS:

CONTRIBUTIONS TOWARDS THE DEVELOPMENT OF ISLAM IN SIERRA LEONE:

Reviving National Union of Muslim Students (NUMS), Founding of the SLUMSISS, Releasing of one of the Most successful Nasheed Album titled “Purpose of Life”, Amongst founders of Youth in Action for the Development Of Islam(YADI), Unveiling Islamic Entertainment in Sierra Leone & Moderating the first Islamic Children Radio Talk Show in Sierra Leone.

OTHER PROJECTS OR WORKS ALSO:

Building of Masjid Abdul Rahman in Kenema, Building of Water Wells in most parts of Makeni and Freetown, Scholarship Scheme for Muslim Students and the Setting up of Al Mustapha Islamic Primary School.